Him: How are you doing?

Him: So what are you doing now?
Me: Uhmm, I'm learning how to work with the computer

I had just finished secondary school, the next phase should be tertiary education. I really wanted to go. I had written UTME in 2010, got above the cut-off marks and wanted to go study Microbiology in the University of Ibadan. That didn't work out.

I tried again in 2011, this time I chose Delta State University and University of Ibadan to also study Microbiology, yeah, didn't work out.

Back to the story. The man I was exchanging greetings with happened to be one of my favourite teachers in secondary school. He had a strong influence on me because he was very smart.

I'm not sure what his response to what I had said was going to be, but what I heard was not what I was expecting, or within the range of expectations. It dropped like a grenade tossed in the marketplace. The one that lands right in front of you, with no route of escape.

I wish I can turn back the hands of time to ask him one question. If I could, it will be; "have you seen my future?" Or maybe "why are you triggered?"

At that point in my life, I was a confused lad. I had started to get acquainted with this beauty called the computer. We were walking down the path that led to, who knows, probably an aisle. I was always on my way to the cyber cafe like it was my place of worship. I wasn't sure what I wanted from life - trying to make sense of each day as it comes.

About 8 years later, I'm still trying to make sense of each day. I spent most of today trying to figure out some CSS issue, I dread the days where I have to debug CSS. I have no clue what the fix to the issue will be, but I'm pretty certain that I'll resolve it with help from Google and humans of the web. Isn't that confusing?

I started working on the API for a project. I managed to get the test suite working and got a few to pass last night before shutting down. Today didn't work out as planned, a test is failing and a feature is not working as I want it to. No clue how to get it done yet, I'm quite confused at the moment.

It happens like that. Still that confused lad, possibly not on the same level.

I ask myself tonight, what if the man had tried to understand what was going on in that lad's life? You know, tried a level of empathy? Would it have helped? I have no idea. Yet, what I know is that shoving the fact that I'll fail on my face didn't help either.

If you're reading this, and you're caught up in your cycle of confusion. Find comfort in the fact that you're not alone. Most of us wake up each day trying to make sense of what the day will be. The confusion is not what matters, it's probably what you do with it.

Sometimes I worry about tomorrow, we all do, but that does not wipe today's confusion off our mind. I'll leave you with these parts from Jon Bellion's song, Maybe IDK. 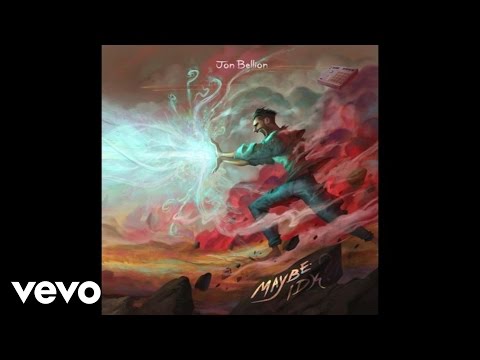